Do you know how "wolves" became pet & working dogs?

Genetics, natural evolution and human intervention such as selective breeding to manipulate through breeding how dogs behave and look over many thousands of years turned "wolves" into "dogs".

"Genetics is the study of genes. Genes carry information that gets passed from one generation to the next".

A very basic & not very scientific description of genetics is that the genetic make up of an individual dog or other animal is formed by the amalgamation of the genes present in the parents once mating and conception has occurred.

All the domesticated dogs that we have as family pets or use as working dogs are have been scientifically proven as descendants from a long extinct breed of Eurasian wolf. They became domesticated and looking like the dogs we know and love over many 1000s of years (estimates range from 16 - 34 thousand years).

There are many different explanations on how this may have happened. But it is a fact proven by DNA that these long extinct wolves did become our domesticated dogs.

One of the explanations on how this may have happened is that somehow the wolves & humans started to coexist around the encampments and both parties realised there were benefits from this unplanned arrangement. These may have included:

The humans found that the wolves inadvertently protected them & their property from other predators animals by the wolves living close to the encampment.

The humans either intentionally or not provided the wolves with food and other things such as protection from the elements, which made the wolves difficult life a little easier.

Over many generations they began to trust each other and the relationship began. Firstly the humans started using the wolves to help with hunting for food, herding livestock and guarding the livestock and the camp from predators.

So this is how some say the domestication of wolves started. They initially were working animals for the humans and over many 100s or 1000s of years were developed by humans to became companions or pets Natural evolution is when the dogs & other animals including humans adapt without  intervention over many thousands of years which could be due to:

Human Intervention usually by "Selective Breeding" which is selecting a male & female that may have the desirable traits they require to produce dogs for many reasons including to: 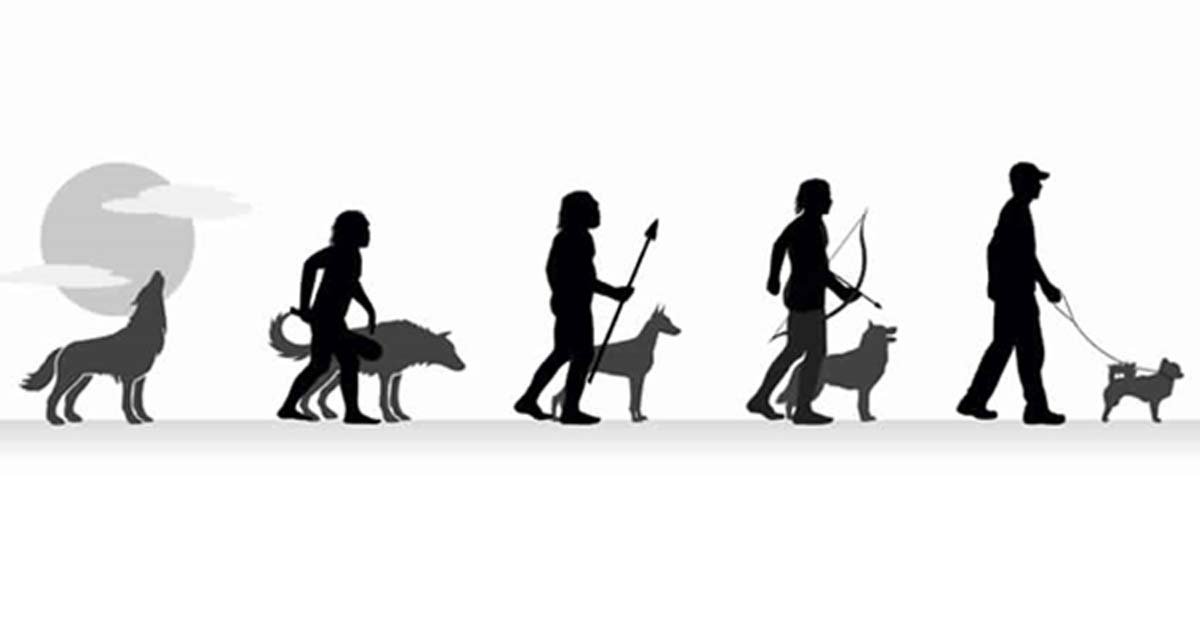 How wolves became the dogs we now know happened due to selective breeding over many generations by humans.

Selective breeding is when individual animals are chosen for breeding by the humans because they have physical or behavioural traits that will either make them do a task in a preferred way or to look in a particular way. This can work in both a positive way for desirable traits or a negative way for undesirable traits.

At first this was done for whatever working skills they were required to do. Many 1000s of years later they were bred to become companions or pets which meant them being bred for size, looks, colour and temperament This  then progressed into them becoming identifiable breeds and then pedigrees for show dogs and finally over more recent times for fashion and money.

Once the native humans started the domestication process by using the wolves for work such as hunting, herding. pest control or guarding.

They began to notice that some of the wolves/dogs were better at doing particular jobs they wanted them to do than some of the others or they were behaving in a way they preferred.

So they began to think "actually, if we had more of these types the job may get done better and faster". So they began to choose which of these specific dogs to mate with others in the hope that the cubs/puppies from the litter will also display some of these desirable traits for whatever job they want them to do in the future.

This seemed to work and over many centuries of doing this these desirable skills the traits became more and more concentrated over the generations. This is how herding, hunting, guarding and the other type of working breeds were developed by selective breeding. We still have dogs that do all these jobs in different forms.

To this day this is how working dogs are bred and they have become specialists in their task as these "working" genes are still very concentrated. They have also been developed in a similar way to become assistance. service, medical detection or search and rescue dogs.

In recent years these working bred dogs are now chosen as family pets and these genetic influences will need to be considered when they are living as part of a family as they are not required to work in the manner they have been bred for over these many generations. 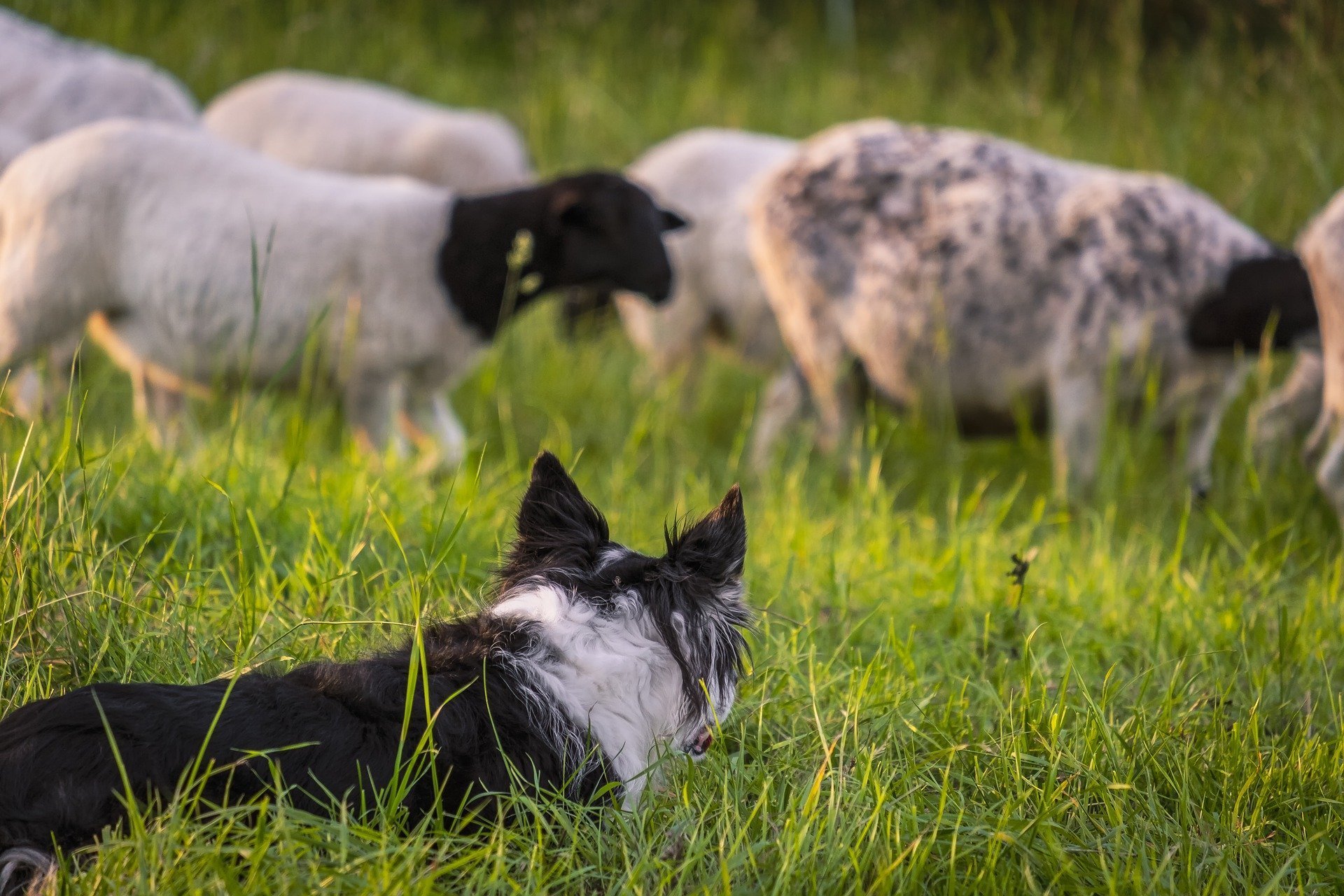 Many centuries on humans realised that they enjoyed the company of their working dogs and they had built a relationship with each other.  They decided it might be a nice idea to have them living with us in the house as companions.

This is when selective breeding went into another direction.

To become house dogs they had to have different traits to the working dogs they were used to.

These dogs probably needed to be smaller, less fearful of people, more easy going & not have as strong working instincts to be happy living indoors, with people and property.

So the dogs with the traits required as a companion/pet dog were now chosen for breeding.

Dogs became even more domesticated over the 100's of years. But humans began to like to own things that are attractive, so if they were going to have dogs living in their home they decided it would be a good idea to breed from dogs that have the looks as well as the other features they needed.

They started to breed from dogs that looked how they preferred and hopefully their genetics will do the work and produce similar looking dogs.

This continued to happen until the breeds that are now recognisable were "born" duo to the selective breeding of dog that looked similar. As this developed in recent centuries the owners wanted to show their dogs off and compete with others. So eventually they became the breeds we now call pedigrees and see at Crufts

This has in many cases diluted the dog's working traits and they no longer have the physical or temperamental resemblance to wolves or early domesticated dogs.

As this form of selective breeding is mainly for looks & temperament this has caused some issues which are still evident today.

There may be medical or temperament issues when dogs are bred for a particular features such as squashed muzzle, long backs, very short legs or personality disorder.

Breeding from these dogs with known issues should not be encouraged as doing so passes these undesirable issues as well as the desirable genes on to future generations.

This has only come to light in fairly recent times as genetic and veterinary science have evolved. Because of this many repeatable breeders are having genetic tests carried out on their dogs before mating so to break any transfer of undesirable genetic traits to future generations.

Also in recent years selective breeding has been used to cross breed pedigree dogs for working purposes or to resolve issue such as allergies to dog fur. 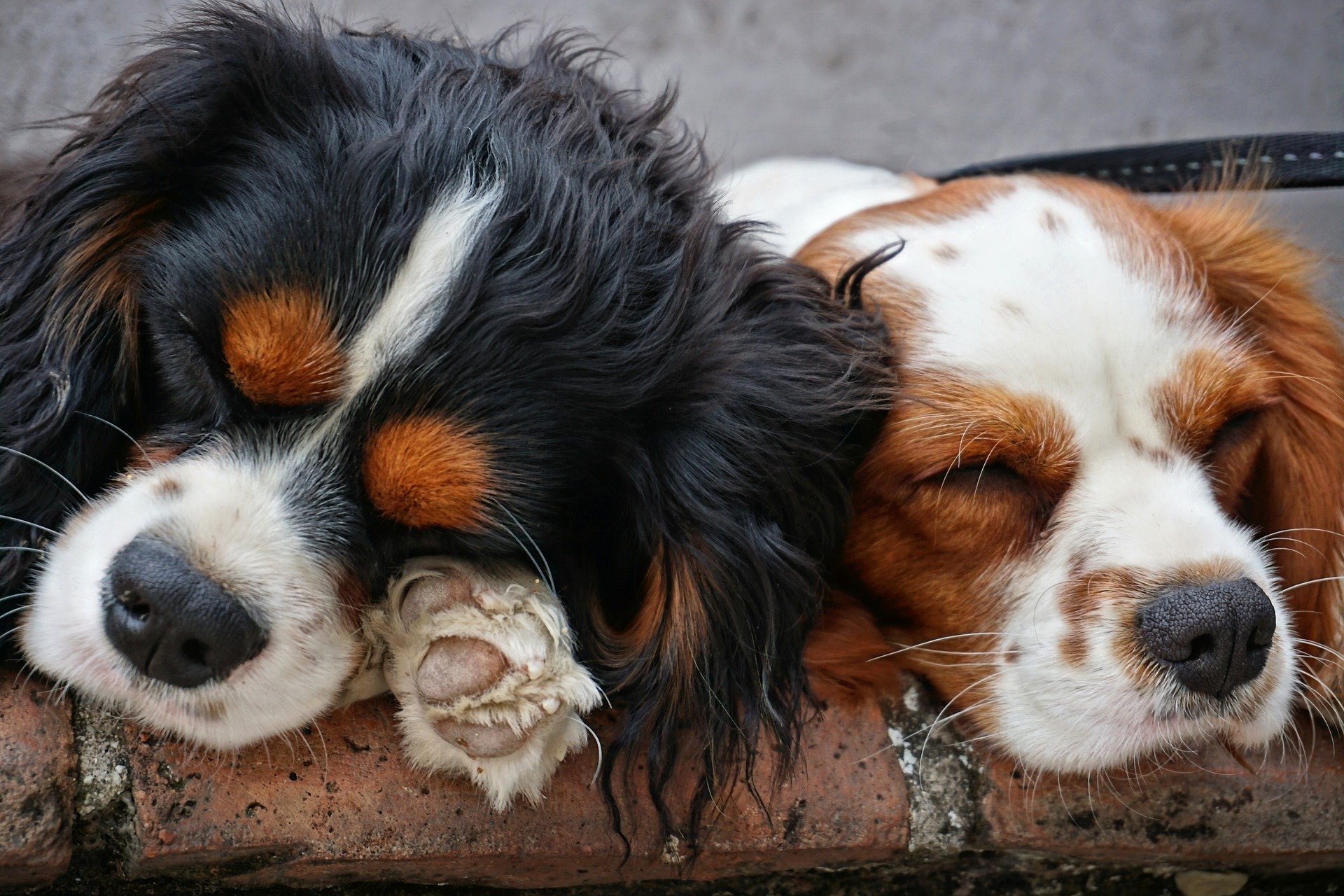 Finally, the most recent form of (un)selective breeding is for fashion and for money. This can be quite horrific because the whenever anything becomes very fashionable, certain people will then cash in and they won't care about genetic or health issues.

The fact that many people want this breed of dog they will breed lots of them to make lots of money. As these people don't consider any of the other genetic or health considerations so you may end up with a puppy with health or behaviour issues which may mean a dog with a short life expectancy or large vet or behaviourist bills. 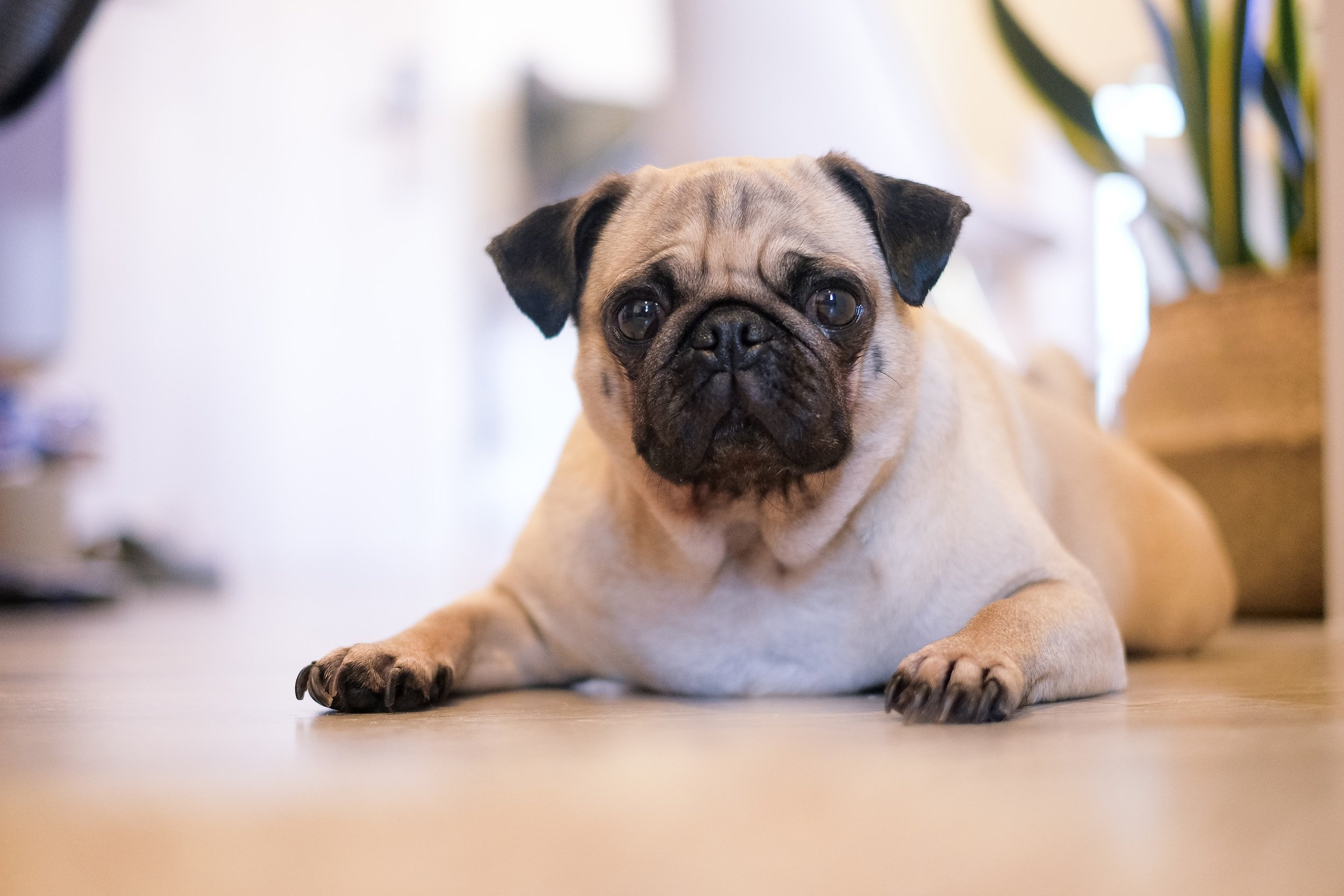 How genetics, natural evolution & human intervention could have affected your dog's traits and behaviour

Firstly, it is important to consider if the breed is currently used for a particular job.

For example if your chosen  dog is bred from working breed lines, including breeds such as collies, spaniels, shepherd dogs, terriers, hunting dogs such as beagles or hounds. The hunting, herding, guarding or pest control genetics will still be quite concentrated and they will exhibit these genetic or learned behaviours as a matter of course whether they are going to be worked in the conventional way or not.

It is important to understand that the parents of your dog do not have to be active working dogs for the traits to be evident it may take a number of generations of selective breeding away from these traits before it dilutes enough to make a difference.

If you choose this type of dog you should be prepared for these traits and understand how to channel them in an appropriate way, if they are not going to do their traditional job. If this isn't possible for the family's lifestyle then choosing another breed or type of dog may be better for them.

If you decide on a breed of dog that is bred for companionship or being a family pet the working instincts my have been diluted over the generations. But there may be other genetic influences to be considered such as their purpose when they were originally became a "breed" which may give indications of their health, temperament, and activity levels.

It is also a good idea to consider their recent history, for example were they bred by a reputable breeder who carried out appropriate genetic tests and parental selection process. Or have they have been bred mainly for the money. If this is the case the parents may not have been checked for the suitability for breeding and you may not even see the parent to get a visible idea of what your puppy may become .

Which ever is the case there could be good or bad genetic influences in your dog's health, behaviour and personality.

Genetics in dogs is a relatively new science and is rapidly evolving. This is a simple view on how pet dogs evolved through selective breeding for families and is not a scientific document.

It is written to help families understand how their dog evolved and why they may behave in certain ways due to their breeding and use over many 1000's of years.  It also has explained a little of how in more recent generations they have used selective breeding to change looks and form according to human preferences and fashions.

There are many other aspects of genetics and also mental, physical, emotional, social or chemical that can affect your dog in many different ways and I am not a geneticist or vet I would not dream of advising how these may affect health or physical formation.

Coaching programmes are available face to face in south east Hampshire and via video calls nationwide,